I know this is primarily a crafty blog, but indulge me while I GEEK OUT for a bit. I just got back from an incredible girls’  weekend in Philadelphia, spent eating amazing food and hanging out with David Duchovny. If you read my post about my X-Files Quilt, you know I am a huge fan, so when I got an email announcing David Duchovny and two other X-Files Cast Members (Mitch Pileggi and William B Davis.) would be at Wizard World in Philadelphia, I jokingly emailed my friend Amanda and suggested we should go. Before I knew it, our little wouldn’t-that-be-awesome pipe dream became a reality with plane tickets, hotel reservations and VIP passes to the Comic Con. (Never mind that right after that we found out they will also be in Chicago…)

Like any crafty geek, I set to work making a few things for the trip. I made an entire outfit, a miniature version of my quilt (using just the I Want to Believe block.) and a bag.

First, the outfit. I didn’t go full cosplay, but did a more inspired-by ensemble. I used the UFO fabric that was the backing of my quilt to make a skirt. I used the EYMM Capsule skirt pattern, which I have now made 3 more since then, it’s a great little skirt. For the top, I brainstormed but eventually came up with a baseball jersey as a nod to the X-Files episode The Unnatural. The episode happens to be a favorite of mine and is a fun little story about baseball and how all the greatest players were actually aliens. It ends with a touching little moment with Mulder and Scully playing baseball, including a Mulder monologue that I think perfectly encapsulates the dynamics of the series. It is also the first episode that David Duchovny wrote and directed. 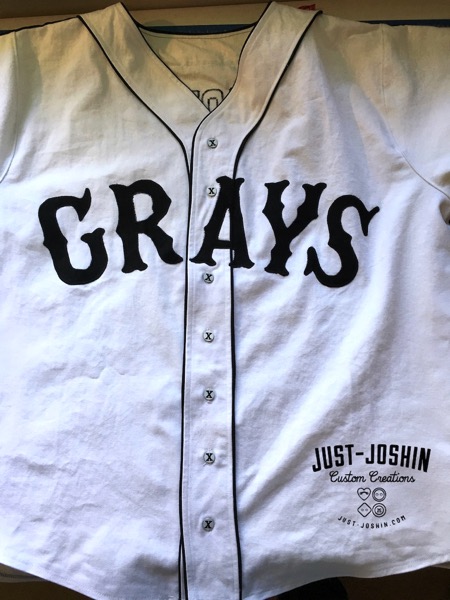 The team in The Unnatural is the Roswell Grays, so I used that as my base. Because I already chose the skirt fabric, I went with black and white, rather than the navy and gray in the show. I also added some other details to make it a little more X-Files-y. 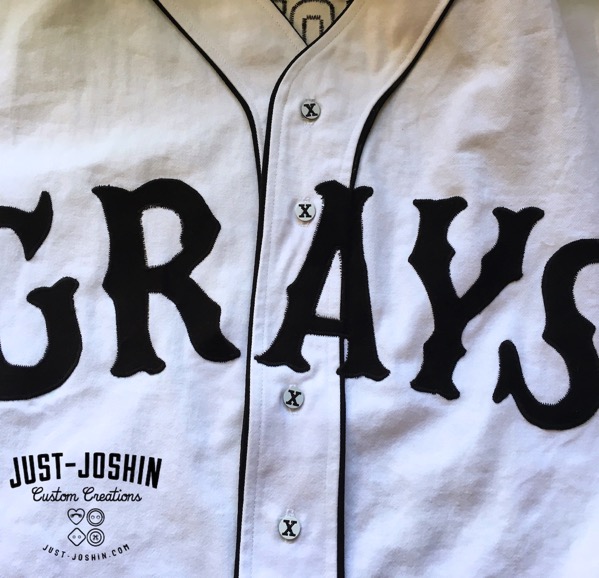 I found these “X” buttons on Etsy and they are a perfect little detail I just love.

And I couldn’t decide what I should do with the back, whether to put a number or not, and if I should use the numbers that appear on the main player’s jersey, or the one that is on Mulder’s. Somehow through a little stroke of inspiration I landed on a baseballified derivative of the show’s iconic line “Trust No One.”

The lettering for the front and back were done with my Silhouette Cameo, I traced an image I found of the show jersey to get the lettering right in the front. The back is an X-Files font. They are all cut from black fabric and hand-appliqued with zigzag stitching. Time consuming and a definite labor of love!

I designed and ordered fabric from Spoonflower.com just to make a bag. I used my favorite cross-body bag pattern, the 2 Zip Hipster from Dog Under My Desk but enlarged it 150% so it’s large enough for my DSLR.

My next project was a smaller version of the quilt so I could take it and have it autographed. I wasn’t willing to deal with carrying a full sized quilt on an airplane and around Comic Con, so I used the fandominstitches.com pattern for the I Want to Believe poster than hung in Mulder’s office all these years. 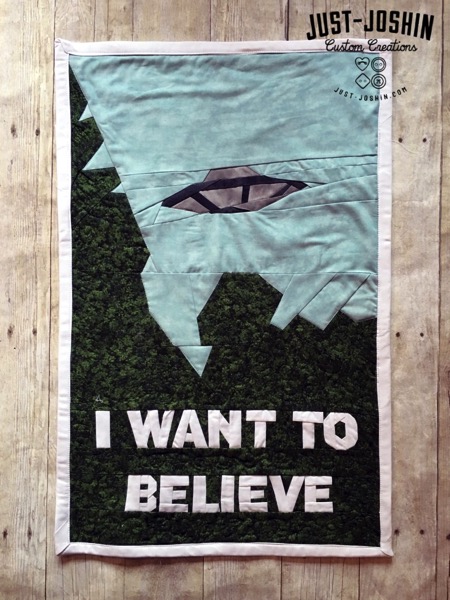 I used the leftover spoon flower fabric to back it.

Then the fun really began. We flew to Philly on Friday morning, super early, got there by lunch time and checked in for our VIP passes. We explored the city, ate a bunch of great food and walked about 10 miles that day.

Saturday was the real fun, though! Started out the morning running into a Storm Trooper who I took a photo with since I know my kiddos would love it.

Mid-morning we had an autograph session. We met a few cool people in line and chatted. We are lucky the lady behind us snapped these photos when it was my turn to get my autograph. I think at first he was hesitant to sign the quilt, though I assured him I made it just for this purpose. 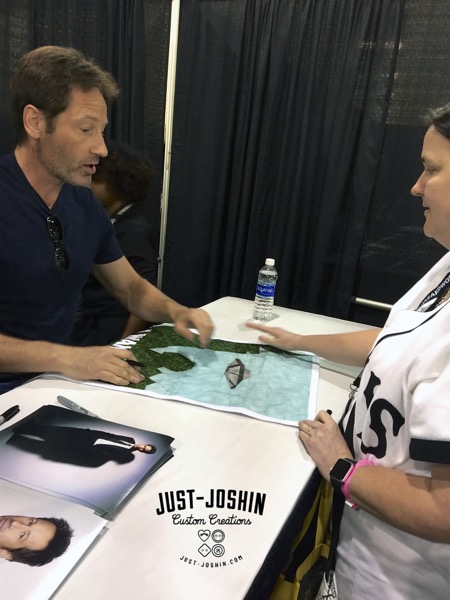 Then he glanced up and noticed my shirt. He commented on it and then leaned over and signed it too. Which was totally unexpected and awesome.

Later in the afternoon we had a photo op, which only lasts about a minute but he commented again on my shirt. Day made.

We rounded out the day in the front row of the X-Files panel discussion. Here’s a pretty good rundown of the discussion.

On Sunday we had one last X-Files fix, we had a group photo with Duchovny, Mitch Pileggi and William B Davis, who were all so kind and gracious. 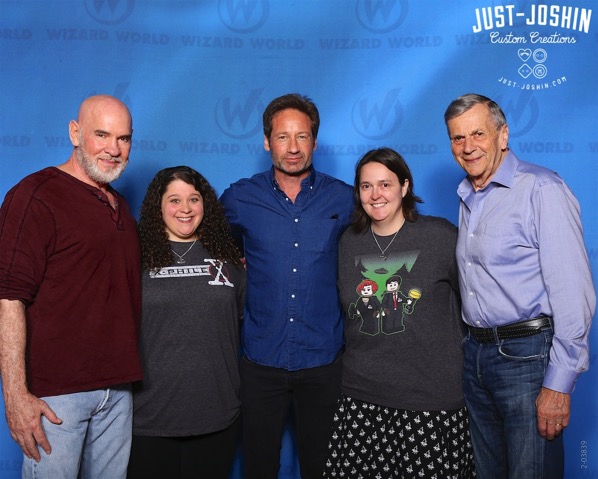 And now this little guy is hanging on my mini-quilt wall, to be coveted forever. 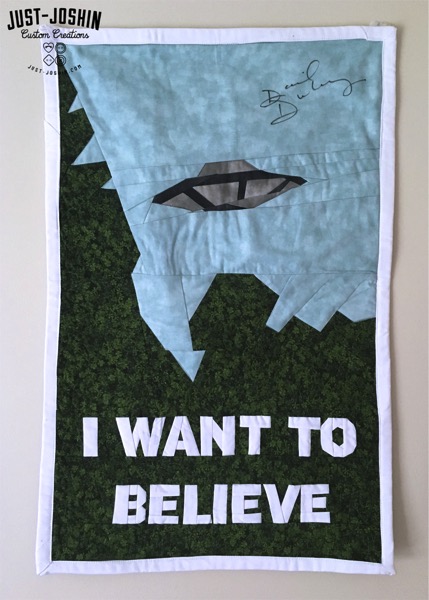 My eBook is Available Now!

May contain Affiliate Links, which means I may receive monetary compensation if you make a purchase using this link.**